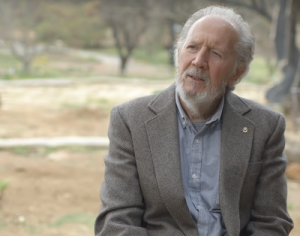 Nobody likes to think about it, but our lives can change in an instant. For Gerald Buhrz and his wife, that moment came on the night of October 9, 2017. It was a windy evening in Santa Rosa, and the smoke from the Calistoga fire burning 20 miles away was heavy in the air. Gerald thought that would be the worst of it – some smoke, some stinging in the eyes, a few hazy days – and went to bed. The couple slept for the next few hours.

Gerald awoke at 2 a.m. to flashing lights. The house next door was on fire. “I pretty much panicked at that time,” he recounts. “I woke my wife up, told her we had to get out of the house right now, let’s go. There were fires on both sides of the street as we were driving out. Embers were coming down like snow. The smoke was so thick you could hardly breathe.”

More than five thousand homes were destroyed in the wildfire. The Buhrz’s neighborhood was devastated. Gerard and his wife didn’t have time to gather up any belongings. They fled with little more than the clothes on their backs, leaving behind a lifetime of accumulated memories, family pictures, keepsakes, memorabilia. They had no idea if any of it survived the blaze. When they were cleared to return home, they drove up streets once lined with their neighbors’ homes. Seeing the level of destruction around them, the couple prepared for the worse.

And then everything changed.

“I got probably two or three blocks from here,” said Gerald, “and I could see the house through the trees, and I almost cried when I saw it. I couldn’t believe it. It was still standing.”

But why had the Buhrz residence survived when so many others didn’t? After speaking with neighbors, he came up with one likely explanation. “Other people that I met had been talking about how their house burned because of leaves in the gutter catching fire. And it’s a fact, I just don’t think the house would have survived if we hadn’t had the LeafGuard® system.”

At Byers, providing our clients with the products and services they need to protect and maintain their homes is always our top priory. We’re proud to have played a role in preserving the Buhrz residence. If you’d like to learn more about having LeafGuard covered gutters installed at your home, contact us today and schedule a no-obligation consultation with one of our representatives.