Did you know that solar panels will be required on new houses in California after the state’s Building Standards Commission gave final approval to a housing rule that’s the first of its kind in the United States? 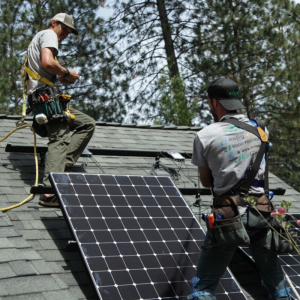 Single-family homes and multi-family buildings that are up to three stories high must conform to the new solar power standard.

New homes that are built under these standards are expected to use 53 percent less energy than our last standards from 2016.

The state predicts that mandatory solar panel installations and other new improvements will add nearly $10,000 in the upfront cost of a home a cost that officials say will balance out over time, due to lower electricity bills.

It is estimated that a homeowner could potentially save $19,000 over the course of a 30-year mortgage.