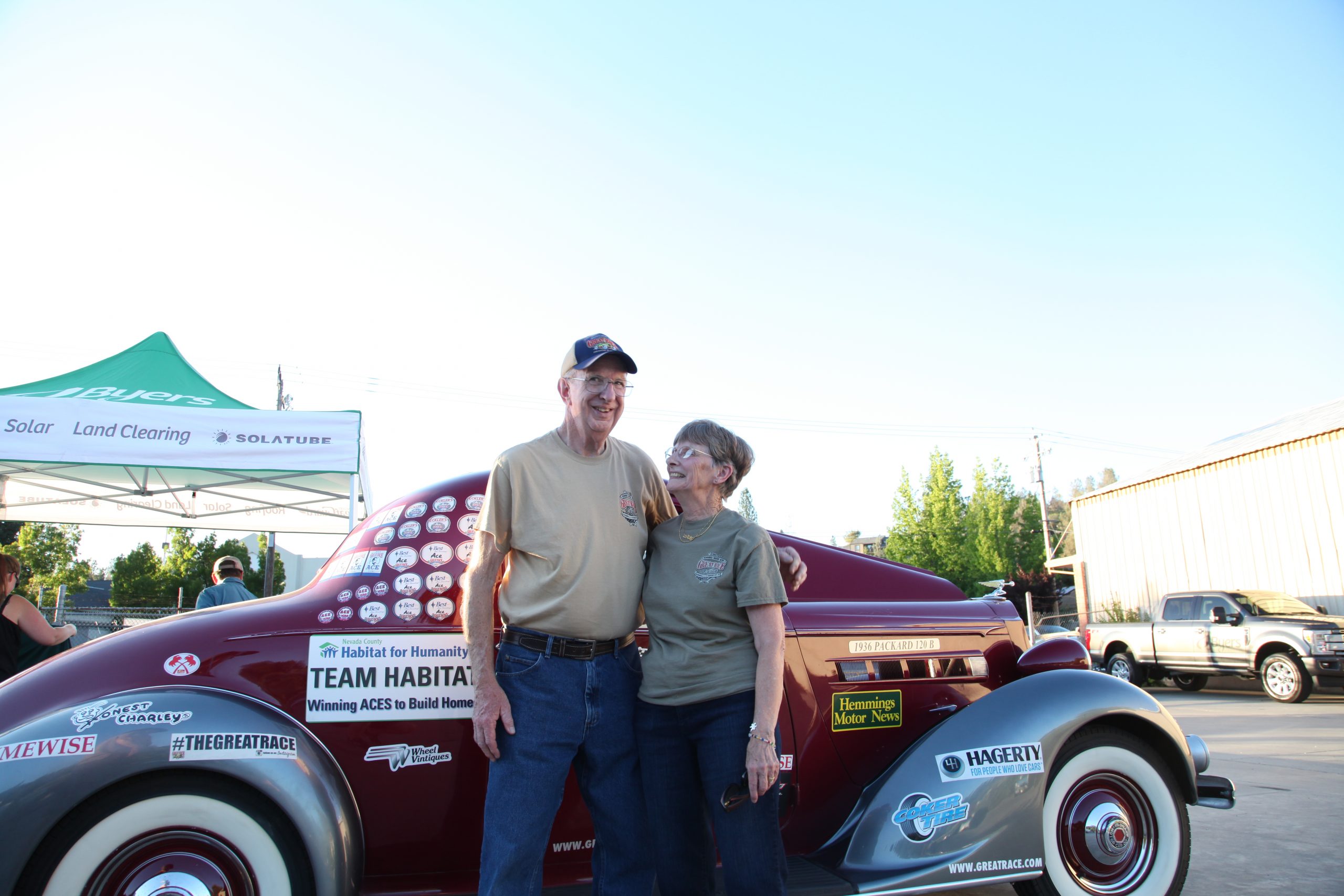 Byers would like to thank  Roamin’ Angels and High Sierra Corvette Club for coming out to help welcome Penn Valley residents Bill and Carolyn Croker home from The Great Race at Byers Design Center on July 27. Hot dogs and soft drinks were served while attendees enjoyed the fabulous vintage vehicles on display.

The Crokers Habitat for Humanity race team came in 16th overall in a field of 120 cars and finished third in the Sportsmen’s Division, earning $4k in prize money, in addition to nearly $6k in sponsorship donations. Funds raised by Team Habitat will go towards building the Abbott Family home in Grass Valley. Byers sponsored Team Habitat as part of their continued program of contributing to Habitat for Humanity’s work in Nevada County.

Bill and Carolyn Croker donate their Great Race earning each year to charities, turning their passion into community good. Byers joins them in celebrating their success for good and supporting Habitat for Humanity.

The Croker’s plan on partnering with Habitat for Humanity again in 2018. Check in on them and other great fundraising opportunities for Habitat at their annual ‘Street of Dreams’ Friday, September 29, 2017 at 6pm, Foothills Event Center in Grass Valley. To learn more, get tickets or donate contact Shauna McKenna at 530-274-1951.