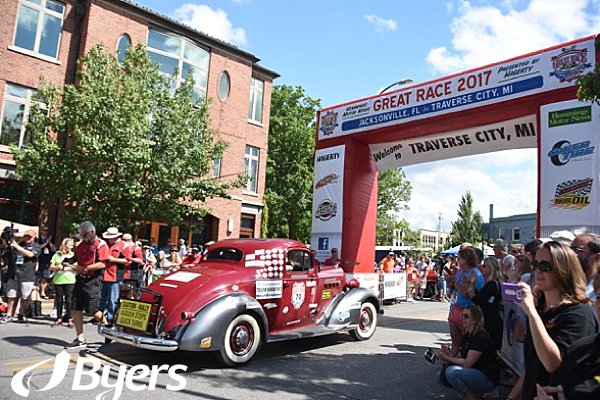 Penn Valley residents Bill and Carolyn Croker represented Nevada County Habitat for Humanity in The Great Race in their 1936 Packard. Join Byers in helping them celebrate their 3rd Place Divisional Finish. Other vintage vehicles will be on display from several local car clubs, as well as Byers 1937 Chevy.

Habitat’s race team came in 16th overall in a field of 120 cars and finished third in the Sportsmen’s Division, earning $4k in prize money, in addition to sponsorship donations. Funds raised by Team Habitat will go towards building the Abbott Family home in Grass Valley. Byers sponsored Team Habitat as part of their continued program of contributing to Habitat for Humanity’s work in Nevada County.