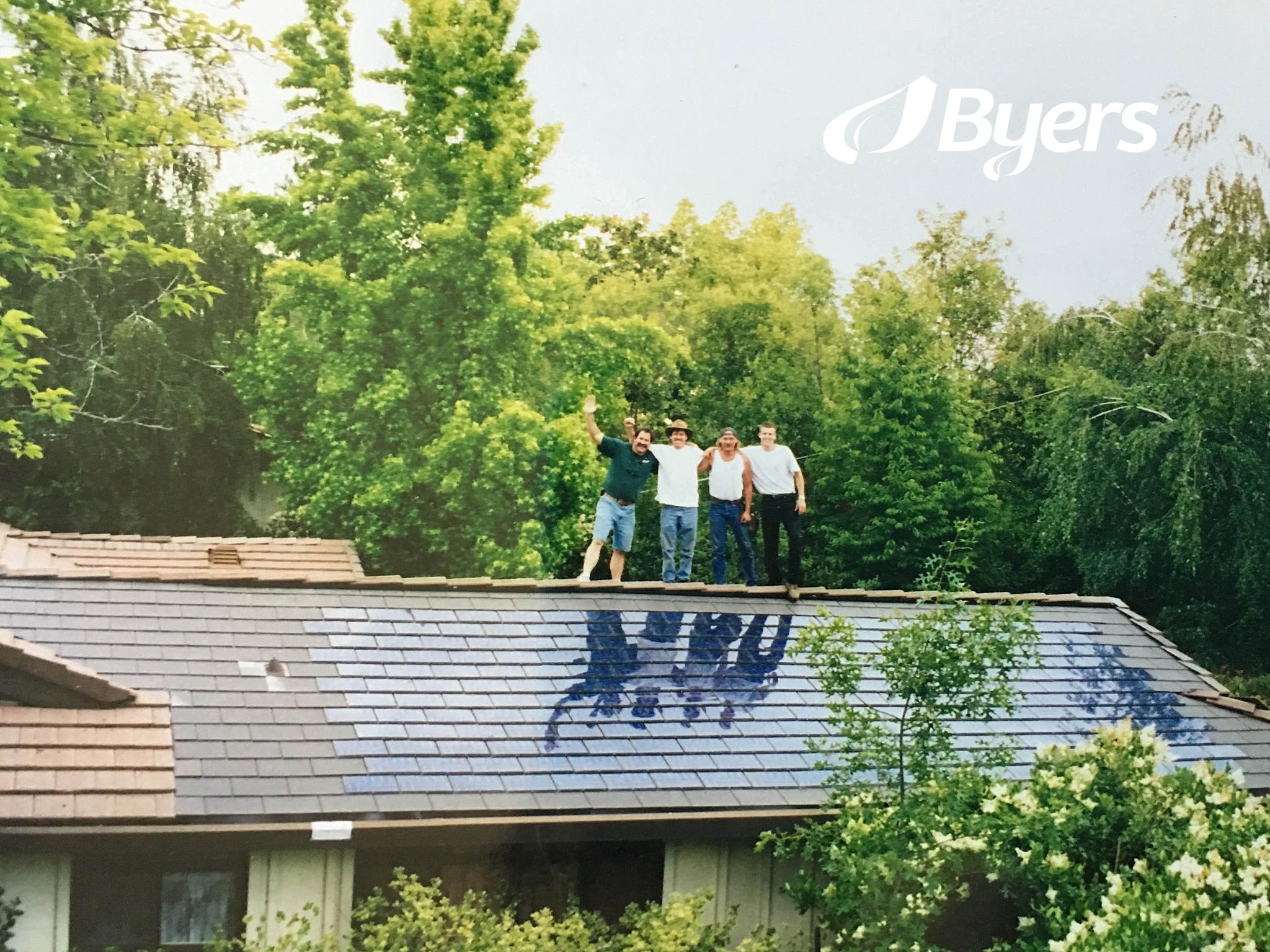 In the late 1990’s Byers was contacted by Atlantis Energy systems as an installer for a new solar P.V. Building Integrated Photo Voltaic roof system called SunSlates. This new system was not only a Photovoltaic system but a roof system as well. We were asked to provide installation for a test system at PV USA in Davis, CA. The system Byers installed was a 5.4-kilowatt system, which unfortunately for the manufacturer, failed a “wet megger” test. This array was removed and re-installed with new product of an improved design that passed all the tests performed and is still in service today.

We also installed other projects in partnership with Atlantis Energy systems; the first Pioneer II project for SMUD in June 1998, and the Kit Carson Middle school project in Sacramento later that year, which was a 30 KW system.

Because of our association with Elk Roofing Company we were also asked in 2002 to install a test roof for them again in conjunction with SMUD where we installed a newly created photovoltaic roof shingle.

We have come a long way and continue to enjoy helping people with their homes, our community, and being part of the blossoming Grass Valley solar movement.